iNetworks is a private equity firm leading the way since 1999 in discovering disruptive technologies in the Healthcare, Life Sciences and Information Technology  sectors by providing needed capital, experienced management, and  applying operational know-how to assist companies and entrepreneurs to accelerate their product or service commercialization. We are focused on creating long term value for investors.

“It’s about identifying that disruptive technology and committing your time, resources, and expertise in developing that technology and bringing it to market.”

Decades of experience has allowed us to manage the approval process consistently.

Since 1999, iNetworks has been investing in various stages of companies, ranging from restructuring, leverage buyouts, to early-, mid- and late-stage investments.  We have played the role of lead-investor, general participant and activist investor. Knowing that technological advancement is at the core of healthcare, it is our goal to develop and commercialize technologies that will improve sector’s health at the core of the sector. With the combination of our industry knowledge and investment experience we act as activist investors and provide a competitive advantage for our portfolio companies.

A Fund of Operators and Industry Specialists

Prior to MDX, Mr. Lacenere focused on Leveraged Buyouts including going-private transactions and was Vice President, Financial Affairs, and Managing Director, Investments, for AMSCO International, Inc., a NYSE multinational provider of healthcare technology products, where he was
responsible for private and public equity and debt offerings and domestic and international mergers, acquisitions, and
alliances.  Prior to leading Amsco International’s public offering, Mr. Lacenere led healthcare acquisitions in the UK, Finland, Canada, Germany, and the United States.

He was also responsible for operations at Precision Scientific, Inc., a Chicago-based life sciences equipment
company owned by CS First Boston, J.P. Morgan and others together with AMSCO.
In addition, Mr. Lacenere has held executive positions focused on operations, investment strategy, and mergers and acquisitions at Rockwell International and Westinghouse Electric Corporation. Mr. Lacenere began his career at the Battelle Memorial Institute, where he focused on new venture technology and development for various clients worldwide.

Mr. Lacenere holds an M.S. in Business Economics from Ohio State University (Graduate Research Fellow with Distinction) and a B.S. in Economics and Finance from the University of Dayton. He also attended the US Army War College in Carlisle, PA. 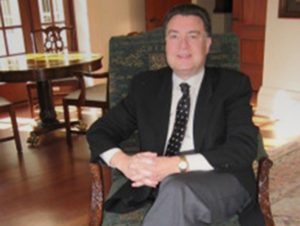 Anthony Tomasello has joined iNetworks after a hiatus following his retirement as the Executive Vice President and Chief Technical Officer of Stericycle, Inc., a Lake Forest, IL based publicly traded company on the NASDAQ exchange (SRCL). Stericycle specializes exclusively in regulated services and the associated risk management to the healthcare community. Mr. Tomasello joined Stericycle in its infancy as a venture capital start-up funded with $200,000 of seed capital and with the team developed and commercialized its intellectual property and operations, both domestically and internationally. During the time that he spent as a member of the executive officer team, he was instrumental in Stericycle’s growth to its current position as the world’s leader in its field with more than $2 billion in sales and a current enterprise value of more than $12 billion and more than 14,000 full time employees.

Mr. Tomasello is a graduate of the University of Pittsburgh in Mechanical Engineering and began his engineering career with a multi-national process equipment, engineering and construction firm. His business career started in the late 1960’s focusing on the tasks of building a domestic technical network for the company’s process equipment and introducing new technology into the international market. Additionally, he has personally developed several technology-based businesses. Immediately prior to his association with Stericycle, Mr. Tomasello founded, grew, and then subsequently sold a technology consulting firm that concentrated its practice in the areas of development and commercialization of high technology processes and specialized automation applications. He is the holder of multiple domestic and international patents and his work has been featured on the 20/20 television magazine program. Additionally, he has public and private company and non-profit Board of Directors experience, in particular, being an active member of the Merrill Lynch/Bank of America Advisory Board.

Currently, as its Chairman and majority shareholder, he guides the strategic activities of Novian Health, a FDA approved breast tumor therapy company; as a founding investor, he supports the commercial launch of ROND, Inc. a web-based data analysis and management company: and he is a past member of the Board of Directors of a joint venture with the University of Utah to commercialize technologies issuing from the University staff. Mr. Tomasello is a Trustee and Finance Committee member of the Pittsburgh Symphony Orchestra, Director and Finance Committee member of Community Schools and Founding Supporter of Man-Up Pittsburgh.

At iNetworks, he focuses on providing strategic technical and commercial guidance to its portfolio companies with the goal of minimizing execution risk and enhancing shareholder returns. Additionally, he will leverage his networks to identify investment opportunities for inclusion in the iNetworks portfolio. 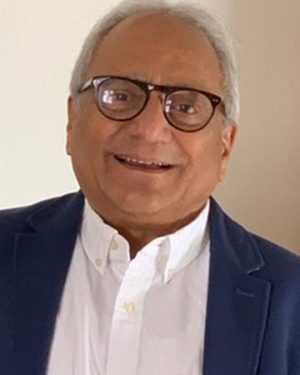 Mr. Mukerji is a visionary leader with 30+ years of successful experience in building start up as C-level executive in India and USA. He graduated in Mechanical Engineering from the prestigious Indian Institute of Engineering, Science and Technology.
His diverse experience in functional areas, like engineering maintenance, planning and execution, design and detailed engineering and exposure in different industry verticals viz. Utility and Thermal Power, Integrated Steel Plants, Medical Devices and Digital
Health, strengthened his technical understanding to be successfully applied to software application development industry. His career statistics reckons an average $1.2M revenue generated per project, maximum 300 Employees managed with largest
single project secured as $ 20M in application software development niche.
He worked with different companies in USA and other countries at Senior Management level. He was Member of the Board and CEO of Indo-US software development company Data Core Systems, Founder CEO of Collabsoft, a software development company working in various US software development projects, Country Director, India for HL Global, a Dallas based software development company, Adviser to CVG Sidor, a Venezuela based major Steel Production facility. He also served as Vice President of Kansas based company Biomedical Devices of Kansas and as an Adviser to California based stem cell based regenerative therapeutic engineering start-up D&P Bio Innovations etc.

Start-up, technology and innovation have been his strongest forte. He was invited by University of Missouri to deliver a lecture in 2016 to the graduating students of the University Incubator. He was invited to speak in Indo-US workshop on “Fabrionics for Healthcare”, 2012 organized by Government of India.

Mr. Mukerji is a US Citizen and is also authorized to work in India as an Overseas Citizen of India. 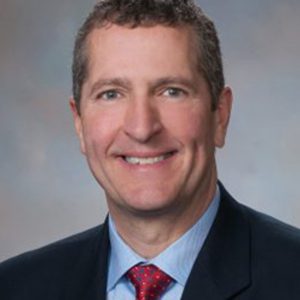 Mr. Dieschbourg, CIMA is an experienced Senior Executive in Alternative Strategies for Institutional investors, Risk Management, Investment Consulting and integrating environmental, social and governance issues into the private equity, public equity and debt process. He provides due diligence, risk management, portfolio management and leadership skills due to his extensive involvement in investments and management of public companies, mergers and acquisitions, expansions and activist roles for portfolio management.

Prior to joining iNetworks he was Head of Responsibility and Stewardship North America for Hermes Investment Management, a Federated Hermes Inc company.  Michael launched and led both Hermes North America responsibility efforts and oversaw Hermes EOS services in North America. Previously at Federated, he was the Senior Vice President of International Markets focused on Asia.  Additionally, he was the former Head of Alternatives/Managed Risk Group, Senior Portfolio Manager.  He was Co-Founder and CEO of Global Currents Investment Management, LLC, a Legg Mason Company.  Michael lead Global Sales, ESG research, and was a member of the Investment Committee.  He was the National Director & Director of Institutional Consulting for Smith Barney Consulting Group, a Citigroup Company. He managed six departments including Institutional Consulting Services, Alternative Investment Group, Training, Marketing, Product Management, Fiduciary Asset Management, and was responsible growing the business to over $220 billion in assets and revenue growth to over $1.2 billion while increasing margins.

His roles through the years have ranged from CEO, senior portfolio manager, Investment Consultant, Board roles, 40 Act fund Board member including Chair of the Audit Committee to senior management roles including membership in several enterprise risk committees. Michael has been involved in team building, executive coaching and mentoring throughout his career.  His passion and curiosity to always be learning has led  him to several interesting projects including the development of many global programs, including the Certified Investment Management Analyst, CIMA, developed with IMCA and the University of Pennsylvania Wharton School of Business, “The Global 100 Most Sustainable Corporations” list with Corporate Knights, announced annually at The World Economic Forum at Davos, and the PRI Academy initial responsible investment courses developed with Responsible Investment Association Australasia, funded by the government of Australia. He has been a frequent speaker around the globe on ESG investing, investment ethics, risk management and pension liability management. He is published on these topics in SSRN, The Journal of Investment Consulting, Investments & Wealth Monitor, Chief Investment Officer Magazine and many others.

John Craigs career began back in 2009 after graduating from Robert Morris University with a Bachelor of Science in Accounting.  He began by doing the accounting for his father in laws masonry business. From there he began freelancing to where he has helped multiple companies increase their profits, manage their cash flow, systemize their accounts receivable, and help create tax saving strategies.

BestReviews.com gives “Best of the Best” for soccer headgear to Halo 2